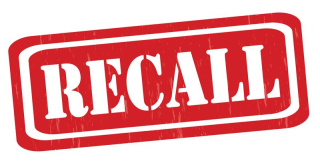 I am writing to you today to share some information about a recent recall of two of our products, which
testing has found to contain Salmonella.

We have already notified those customers who received these meals.

We believe most of this product has already been consumed, for the most part without incident, as
most dogs’ and cats’ digestive systems are able to process pathogens such as Salmonella without harm
(we are aware of a single case of a pet being affected, which involved a dog who was already ill with
other conditions).

Having said that, we take this situation very seriously. Our number one priority is providing your pet
with meals that you can feel confident are healthy and safe. I’d like to take this opportunity to give you
some background on how we approach the issue of pet food safety.

Background on pet food safety
Since I started Darwin’s in 2004, the number one question I hear about is the safety of raw food. What
follows represents some of the insight I have gathered through the years – a combination of personal
experience, expert advice, and research. (I will preface my comments by saying that what follows is my
opinion, and others may differ.)

Pathogens (such as Salmonella, E.coli and Listeria) – while being many raw-feeders’ top concern – are
actually a relatively low risk associated with raw food. This is because, while these bacteria are
pathogenic to humans, they are generally not harmful to dogs and cats. Pets’ stomachs have higher
levels of acid than humans, making them hostile to such bacteria, and their digestive tracts are shorter,
giving any surviving bacteria little time to multiply. This is why pets routinely, without harm, eat items
that would make a person sick.

Having said that, pets with undeveloped or weak immune systems (I.e., puppies/kittens, older dogs, sick
dogs) may have some risk. In these cases, we recommend cooking the food lightly (i.e., to 165 degrees)
to help eliminate pathogenic risks.

These bacteria (especially Salmonella) are naturally present in meat – particularly poultry. So the
greater risk of pathogens in raw pet food is to humans who handle the food. These risks can be
minimized by using the same safety procedures that you would use for handling any raw meat products
- such as cleaning surface areas exposed to raw food and washing your hands thoroughly after coming
into contact with the food.

The Food and Drug Administration (FDA), which regulates pet food, acknowledges that dogs and cats are
generally not affected by pathogens like Salmonella unless they are already ill with some other
condition.
(https://www.fda.gov/…/Re…/AnimalHealthLiteracy/ucm509766.htm)

So why are raw pet foods recalled for containing pathogens such as Salmonella? One reason is that the
FDA sets a standard of “zero-tolerance” for such pathogens. For reasons that are somewhat difficult to
fathom, this is actually a stricter standard than the US Department of Agriculture (USDA) sets for human
food. So while the “human-grade” raw materials that companies like Darwin’s use for pet food would be
acceptable for people to eat, because of the hurdle set by the FDA, in many cases those same
ingredients would not be acceptable to the FDA for raw pet food.

How Pet Food Companies Address Pathogen Control
Some companies choose to control pathogens by applying a “kill step” that eliminates all bacteria, both
the good and the bad. Examples of kill steps are heat (i.e., cooking), irradiation and High Pressure
Pasteurization. Even some raw pet food companies use kill steps.

One of the important benefits of feeding raw meals, however, is that it helps promote “gut health” by
supplying the pet with “good” bacteria that raw food contains. One problem with using a kill step to
eliminate pathogens is that “good” bacteria (which aid the digestive system) are eliminated along with
pathogens.

Our approach is more targeted. We utilize microphages (or “phages“ for short), which are naturally
occurring organisms, and which are safe to humans and pets. Phages target specific pathogens, but
leave “good” bacteria intact. Phages can significantly reduce pathogen levels to the point that they are
not harmful to pets or humans, however, they may not eliminate them entirely.

Since the FDA “zero-tolerance” policy calls for for 100% elimination of pathogens, some tests can show
the presence of these pathogens, despite the fact that they are at such low levels that dogs and cats
typically can process them without any issue.

I doubt we'll get an official recall on this. Darwin's did the same thing back in December...issued a letter and there was never anything on their website or through the FDA. Darwin's isn't like Life's Abundance that actually knows every customer who purchased their food so this "letter to customers" is reaching who?

Here is the new one. Again, how do they know who received the foods?

Tired of recalls? Choose wisely for your dog or cat! Life's Abundance has stood the test of time. They have been serving the pet community since 1999 with holistically formulated dog and cat foods, treats, supplements and grooming products. The dry foods are shipped within 4-6 weeks of being made to your door! They have never had a recall and cook the food in small batches.  Life's Abundance uses a “fast-cook” process at low temperatures to help preserve the nutritional value of each and every wholesome ingredient and maintains strict inventory controls to ensure the quality and safety of their foods.