Let's Work Together Healthy Dog Products Healthy Cat Products Healthy Peeps Products Organic Skin Care Follow Us On Facebook Pet Professionals Click Here For An Opportunity Stay Updated On Recalls Contact Us / New Customer Special Home
Do You Want Your Dog To Shine Like Nobody's Business?
Are You Stuck In A Rut With Your Morning Smoothie? Shake It Up With These 23 Tasty Breakfast Smoothie Recipes! 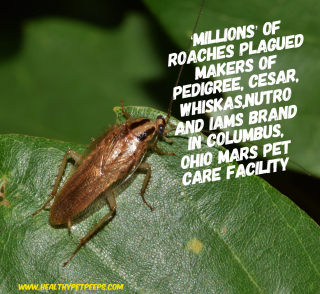 Ready to get your creep on? Disgusting! If you feed these foods, you are NOT going to be happy after reading this. What's more disturbing is the fact it is German cockroaches.

"The German cockroach is very successful at establishing an ecological niche in buildings, and is resilient in the face of many pest-control measures.

German cockroaches are thigmotactic, meaning they prefer confined spaces, and they are small compared to other pest species, so they can hide within small cracks and crevices that are easy to overlook, thereby evading humans and their eradication efforts. Conversely, the seasoned pest controller is alert for cracks and crevices where it is likely to be profitable to place baits or spray surfaces.

To be effective, control measures must be comprehensive, sustained, and systematic; survival of just a few eggs is quite enough to regenerate a nearly exterminated pest population within a few generations, and recolonisation from surrounding populations often is very rapid, too."

This article is from the Food Safety News -

Pet food from the plant also generated  consumer complaints about finding hard plastic pieces and a complaint about a elastic material in Mars’ pet foods.

On Oct. 7, 2016, Mars initiated a recall of 54,255 cases of CESAR Classics Filet Mignon Flavor canned dog food after the complaints about plastic. The recalled products were shipped to 36 states, including to three government facilities.

Ensuing inspections found the company had not completed repairs as promised.

Roaches and other pests
The infestation was first documented during an Oct. 27, 2016, comprehensive low-acid canned food (LACF) inspection by FDA, according to documents obtained under the Freedom of Information Act.

Although Mars management undertook to address and remedy the infestation in October 2016, FDA investigators observed a live roach in the manufacturing area adjacent to an area where in-process raw materials and ingredients are maintained, and another near the main hand-wash station at the entrance to the manufacturing area during the July 2017 inspection.

According to the company’s Employee Pest Sighting Log, there were 99 instances of pest activity observed during a 72-day period from Nov. 10, 2016, to July 14, 2017, including one instance described as “millions of roaches.”

During their review of the PCO’s reports, FDA investigators found references to photographic evidence of pest activity, disrepair of dock doors, general disrepair of the building — including areas of ingress and egress — excessive spills of raw materials and damaged cans “covered” in flies. The photographs had not been retained by the company.

Several of the PCO observations regarding necessary repairs were repeated in multiple consecutive reports. For example, damage to a dock door was first reported on or about Sept. 26, 2016. The report was repeated after each visit until the door was finally repaired on or about Nov. 3, 2016.

Despite this assurance, FDA inspectors were told on July 11, 2017, that only the “majority” of the belts and plastic wear plates on critical equipment had been changed out by that date.

As of the July 2017 inspection, Mars acknowledged that it was still receiving complaints from customers about foreign objects in its finished products.

FDA has received two new consumer complaints for plastic foreign objects in Mars canned, tubbed or pouched products since the inspection, according to an agency spokesperson. One of these was for an elastic-type object and the other was for two small, hard plastic pieces. The consumer did not provide a product lot number in the second case, and it is unclear whether the two complaints concerned product manufactured in the Columbus facility.

Refusals and obstruction
The Establishment Inspection Report (EIR) documents a lack of cooperation on the part of Mars management during the July 2017 inspection.

FDA investigators reported Mars officials refusing to cooperate on three points three during the course of the inspection, including:

In addition to the outright refusals reported in the EIR, investigators encountered delays in the production of requested documents and information, and denial of complete access to all areas of the facility.

When faced with a refusal, FDA investigators are expected to call attention to the relevant section of the Food, Drug and Cosmetic Act or the Public Health Service Act, and then to complete the inspection, according to Chapter 5 of the FDA Investigations Operations Manual (2018).

The company’s lack of cooperation resulted in a delay in the completion of the inspection, which was begun on July 11, 2017, but was not completed for more than two weeks, on July 26.

According to an FDA spokesperson, the Office of Regulatory Affairs issued an Untitled Letter to Mars subsequent to the July 2017 inspection. An Untitled Letter is used “…for violations that may not meet the threshold of regulatory significance for a warning letter and request correction of the violations.”

The investigation triggered by the recall is now closed. 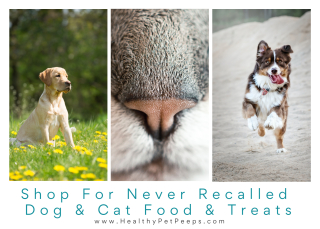 Life's Abundance currently has 6 warehouses to make shipping to you as quick as possible.