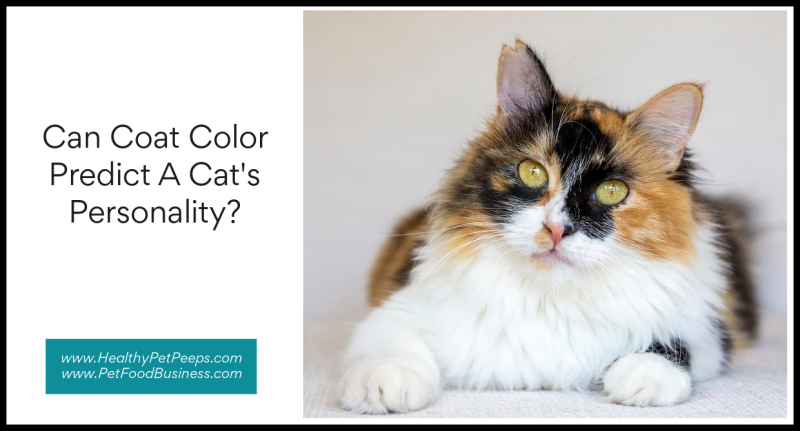 The original blog post - Is Coat Color A Clue Into Cat Personality can be seen on the Life's Abundance blog here.

Whether you’re bringing a cat into your home for the first time, or you're a seasoned cat parent, there are some things you will want to understand about our feline friends.  Let’s explore one question you may not have considered: can coat color predict a cat's personality?

For years, researchers have tried to determine whether cat coat colors have an impact on cat personality traits. Rumors have circulated among cat parents that their orange tabby cats were notoriously friendly, compared to their gray and white counterparts who were seemingly more aggressive. In order to try to uncover whether the genes that impact cat coat color also play a role in the development of cat personality traits, researchers took a closer look.

In order to understand whether cat coat color has an impact on its personality, it's important to recognize how cats inherit their coat colors. Coat colors are determined by genetics, and largely by the sex-linked genes. These four categories often define a cat's coat color:

Female cats, for example, are more likely to have certain types of coats, including tortoiseshell coloring and calico patterns. It is rare to find a male cat that will have these types of coats. So, in that sense, coat color can influence personality — but the gender of the cat also may have a significant impact on their personality as well.

Purebred cats are more likely to have defined personality traits rather than typical domestic shorthair cats that are mixed-breed. For instance, a Siamese cat is going to have a very distinct coat color and pattern. Due to its breed, it also may inherit specific personality traits, such as being more vocal or even demanding.

There is certainly enough evidence to suggest that sometimes a cat's coat color can influence its personality, but some experts believe it has less to do with the actual color of the coat and more to do with other genetic factors. 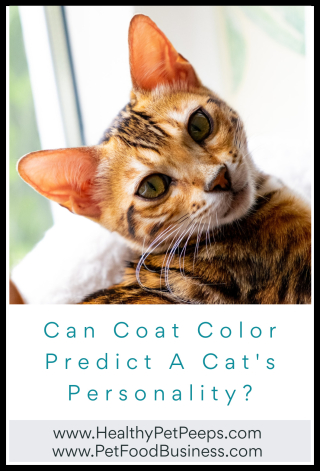 In all actuality, the idea that coat color influences a cat's personality is more about human perception. Recent studies indicate that pet parents do feel that cats with specific coat colors may exhibit certain personality traits. These are a few examples of common perceptions about cats and their coat colors:

Obviously, perceptions are highly subjective and a person's perception of a cat and its coat color can be influenced by their own background and experiences. It seems that perception drives the impression that cat coat colors influence personality rather than genetic makeup.

So, if coat color does not determine a cat's personality, then what does? There are several important factors that will ultimately determine what type of personality traits a cat exhibits:

Regardless of your cat's coat color or its genetic history, you are going to want to give it the best possible life. One of the ways that you can do this is to feed your cat a nourishing and fulfilling diet. Life's Abundance has a variety of cat foods, treats, and care products that will help your cat to thrive, no matter what color coat they have. 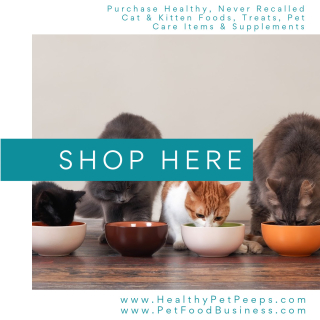 Life's Abundance currently has 6 warehouses to make shipping to you as quick as possible.

Life's Abundance dog and cat foods are made in small, quality controlled batches for your furry loved one.
New Customer Special! Want to receive our special wholesale pricing? Receive our autoship prices without being on an autoship and shop when you want. Click here to set up your wholesale account.